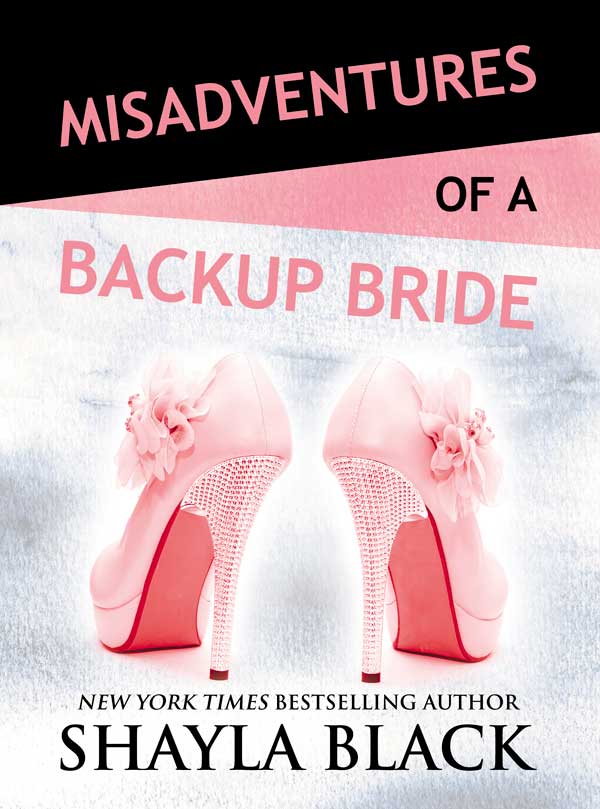 Misadventures of a Backup Bride

When Carson Frost inherits a confectionary that rakes in billions but is too cash-strapped to last another sixty days, he agrees to take a loan from his late father’s rival. There are two catches: Carson has to sign over a permanent stake in the company and marry the man’s daughter.

Two weeks before the wedding, he gets cold feet and claims he’s in love with someone else. The investor says he’ll still hand over the cash if Carson takes a stroll down the aisle—with the woman who owns his heart. Since he isn’t even dating anyone, Carson panics. Where is he going to find a bride willing to jilt him at the altar on such short notice?

And Whips Up a Little Love.

Ella Hope is an actress happy for any paying gig, but jilting a hottie in public isn’t what she had in mind. Still, she needs rent, and he’s in a bind. How hard can it be? While playing at matrimony, suddenly their intimacy isn’t so fake. Ella can’t help but fantasize that Carson is her groom and they will live happily ever after. But once his company is safe, will he want her anymore?

Backup Bride
Carson has a deal with Shaw and he is suppose to marry Kendra. He has no real feelings for her. She is not what he is looking for. He comes up with a plan to get out arranged marriage. He hires Ella Hope to be his girlfriend. He told Shaw that he wants to pursue her. Little did he know since the day she agreed and stepped in his office he was hooked. He started having real feelings for Ella. Besides all the sexy times they have together he doesn’t want to let her go. He is on the East coast and she is from the West coast. Will Ella give up her life and family to follow her heart. Ella has some tough decisions to make. Great story
- J. Roberts
A great read
I bought this book then won a hard copy. I loved it. Carson is engaged to a twit because he needs her father to invest in his late father's candy company. He finally can't take it anymore and tell him that he loves another. George calls his bluff and says inttroduce me to her by the end of the week. So he calls up Ella who he was attracted to and hire her to be his fake girlfriend. The attraction between them is explosive and the sex is very hot. The rest of the story falls in line, but there are lots of twists. A very good story
- Carol B
Amazing
An amazing instalove romance. It's steamy and sexy. You could tell right away the struggle for Kendra and Carson. And when Ella is pulled into the picture you got that zing of instalove. I love Carson and Ella. Their chemistry is off the charts. The fight didn't take long but boy it was a fun read. I laughed and got little teary eyed there too. I was right there with Ella and her fight if she could be the back up bride. I wanted to hate Kendra and her father but as the story went on and they unraveled to show their true shelves I got it. As the Misadventures series goes this is a gem in the mix. I loved Backup Bride just as much as all the others I have read. Shayla Black did a fabulous job with this one. I wish I could have more.
- Becky Wise