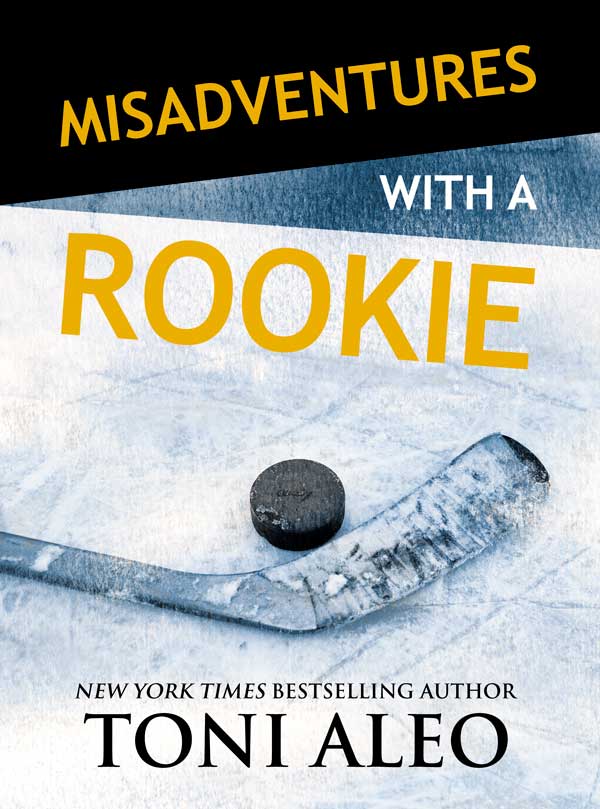 Misadventures with a Rookie

Winning has always come naturally for stud ice hockey defenseman Gus “the Bus” Persson. On the ice or off, he’s never had any trouble scoring, racking up goals—and girls. As the best player in his rookie class and the number-one draft pick of the Malibu Suns, he’s taking his game to the next level and is justifiably full of swagger.

So why does one of the Suns’ ice girls treat him like he’s invisible?

Bo St. James doesn’t have time for rookie hotshots who think their gloves don’t stink. She knows them, she works with them, she trains them. It doesn’t matter that Gus Persson is the hottest newbie she’s ever seen. She knows his type. She’s got big plans of her own, and she’s not going to let some cocky rich kid athlete keep her from her goals.

But there’s a chemistry between them they cannot deny. A lust that burns so hot, it threatens to melt the very ice on which they make their livings. The game has changed for both of them. Together, can these two play to win?

First review of this series
I have read all of the previous books in this series. This one just resonated with me enough to write one. Bo and Gus just spoke to me. I love her feistiness and his relentless pursuit of her. They just seemed so real. It was well written and their emotions were just so apparent. I loved Gus’ parents and just wanted to slap Bo’s mother. It all ended well, no surprise but I just rooted for them as a couple. I also loved the hockey scenes even though it’s not a sport I typically follow but do love a sports romance.
- CorJohn118
Goal
What can I say about Gus and Bo, she's had such a hard time having to deal with a douche ex, and a BITCH of a mother, bless Gus's heart for sticking it out and the patients to show Bo what real love is and can be, truly amazing, I want her to be able to get her child back and be a family, thankfully her mother seems to be coming around and forgiving Bo, such a great story and being a nurse I love the ER shenanigans and how they got there especially the unicorn spit, thank you, Dana
- Dana Zamora
My favorite misadventure
I’ve only read a handful of the Misadventures series books, but this one is my favorite. I was so glad to finally get to sit down with another Toni Aleo book, and I devoured it in one sitting. Gus has always wanted to play in the NHL, and he’s working his way there while playing in the AHL. Bo is determined to finish school and forget her past, but Gus makes it hard to do just that. The banter between these two is hilarious, and I loved how neither one could forget about the other after one shared night. I highly recommend going on this misadventure with Gus and Bo.
- Rebecca