The prefrontal cortex is the part of the brain that controls decision making. I know this because I have a degree in neuroscience.

Right about now you’re probably thinking, what does this have to do with writing? Lucky for you, I’m about to tell you.

There’s a common misconception that you have to have a particular background or degree to become a published author. I’m here to say that’s a load of crap. Writers come from any and all backgrounds, and even I wasn’t aware of that fact until I became one too.

Like most authors, I’ve loved to write since I was a little kid, but I thought it was always more of a pipe dream.

Publishing a book was something on my bucket list. I figured I’d give it a try and see if I enjoyed it as much as I always thought I would—spoiler alert, it was even better.

I didn’t know self-publishing was even possible until a couple of years ago. Getting into this world was like jumping into the ocean blind. I had no idea what I was getting into; I just knew I wanted to do it.

This world has introduced me to aspects of myself I wasn’t even aware of in the best way.

For one, it’s an amazing accomplishment and even better feeling to actually finish a book and see it out in the wild.

When I was younger I’d write short stories starting along the lines of, “It was a Friday in October.” I was a true crime and suspense fan. I took a stab at that genre (no pun intended) and found out I prefer writing romance.

That’s what’s great about this job: I can write whatever I want whenever I want. Breaking into the community isn’t easy—I won’t lie about that. But it’s worth it and so are the friendships I’ve made along the way.

Writing is one of the most rewarding jobs in the world, but it can also be one of the toughest and loneliest.

Authors have to wear a million different hats and have to do extensive research on every topic. We might need to know everything from notating different clothing styles to extensive knowledge on certain medical procedures for our doctor character.

And authors like JK Rowling who create their own worlds? They’re in a league of their own, and I raise my glass to them.

As a lover of knowledge, it’s no surprise why I was so drawn to this profession. It was almost a no-brainer, like, why didn’t I start doing this sooner?

Because as much as I love it, it’s hard. It’s harder than I ever imagined, and every time I publish another book I learn something new. I’m constantly learning and growing in my craft, but I’m also experiencing a lot of struggles, just like any other job.

When we’re little, we’re constantly told “sticks and stones can break my bones, but words can never hurt me.” Have you ever read a bad review? It’s worse than being back in high school and having my teacher grade my paper, because it’s a stranger scrutinizing my creation. A creation that took months or even years.

Words can hurt, and if you don’t have a thick skin, it could stop you from doing this thing you love so much. But you learn you can’t please everyone and you move on.

But the cycle of anxiety is a vicious one, and every release brings a new bout of doubt. If you’re a new author, it’s all about proving yourself. If you’re established, it’s about maintaining your earned success.

That’s one reason why making friends who understand this career is so important.

Remember how I mentioned loneliness? If you’re on a deadline, you might lock yourself away from civilization to meet that goal. You might not talk to friends or family or even your pet because you have tunnel vision on finishing your book.

You stumble out of the room one day looking like Chuck Noland from Castaway: unkempt, lost, and leaving your only friend (your computer) behind. But the overwhelming accomplishment of typing The End trumps all the hiccups leading up to that point.

Your family and friends may not understand it, but your writing pals will. If I knew that I’d meet some amazing and irreplaceable people, I would’ve done this sooner.

At the end of the day, the decision comes down to how much you want it. Not money or success, but how much you love to tell stories. How your fingers itch at the idea of not writing another word.

It becomes an addiction, where the mere idea of sitting down to write floods your brain with dopamine. But finishing the book? That’s a high you can’t get enough of.

It’s the easiest decision in the world. You just have to start. 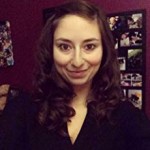 Dog mom. Lover of carbs. Slytherin. Kelsey can usually be found bingeing Netflix or spoiling her golden retriever. You can find her writing anything from fluffy rom-coms to killer twists.

Guest
how much does cialis cost in ireland

purchase viagra in australia but viagra with no prescription viagra pillsm

where can i buy cheap cialis

Guest
Getting A Loan