Novel in my bag: Believe it or not, at the time, I was armed with the Hacker Series by Meredith Wild. What’s in my bag now - The Kiss Thief by LJ Shen.

Best of the trip: Capturing the picture and seeing the Pacific Ocean.

Worst of the trip: Falling down and hurting my knee.

Foodie Highlights: On all our adventures, we eat at the dives where the locals gather. We found this hole in the side of a mountain that had a restaurant tucked in its cove. We had fresh Dungeness crabs—the best I’d ever eaten! 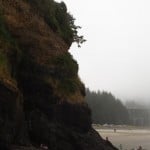 I had lived in Florida my entire life and wanted a change.  My job as a nurse allowed me to take traveling jobs around the country. I remember my husband saying, “Let’s go to the middle and work our way to the Pacific Northwest.  The joke was on him. My first travel job was in Klamath, Oregon.  We sold almost everything we had, packed up the rest, purchased a Fifth Wheel, and jetted off on an adventure. Just me, the hubs, and our old lab, Cy. 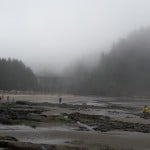 Being a Florida girl, I grew up at the beaches, and it wasn’t long after we reached our destination that I needed to feel the sand between my toes. We loaded up and headed for the coast, specifically Heceta Head because with my love of the ocean, comes a love of lighthouses.  The ocean was like nothing I had ever experienced. Its beauty was beyond breathtaking. No white sandy beaches lined the shores, but flat pebbles in various colors and sizes. With each roll of the waves, the sound coming across pebbled shore was musical. Driftwood was scattered on the shore, and you could see remnants of campfires.  The backdrop was big, gorgeous mountains with trees swaying over the edges.  The lighthouse stood nestled on top of one of the mountains as the light swirled over the blue water. 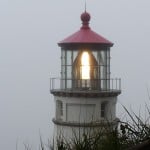 I climbed up through the stark green woods and made my way to the lighthouse, veering off the beaten path.  I remember missing a step and landing on a jagged rock, skinning up my knee. I didn’t let it stop me. I was bound and determined to get a close-up picture of the light beaming from the lighthouse. As a plus, when I peered over the mountain’s edge, in the cold, blue water were seals playing on a rock. Score! I captured my picture, and it remains one of my all-time favorites.  In the third book of my first series, Broken Pieces, is where you’ll find the story based out of Heceta Head along with the lighthouse.

Author Bio
I write so the characters inside my head can come to life. I write sexy, steamy, suspenseful romance stories, laced with a touch of humor.

I'm a critical care nurse by day and an author by night. Writing settles my mind and spirit, plus I get to spend my days in my pajamas and sipping on Dutch Bros coffee. 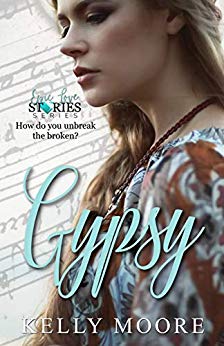 How do you unbreak the broken? Can you ever love them enough?

That’s what Jameson Wilde has asked himself a million times since he laid eyes on Lyla Flynn. She has the voice of an angel but an ache that lives inside her. It’s anchored to her heart.

He’s in a position to help make her a star. She’s hidden behind the heartbreak of her music for so long, she’s afraid to really be free and let the world hear her voice.

Jameson gets lost in their overpowering passion and forgets the darkness inside of her. Lyla holds her secrets close…a crack in her heart that will never heal.

Her newfound fame risks exposing her secrets, causing that split to shatter.

A contemporary love story with optional endings. If you want the raw story, the heartache, the truth of what happened, it’s there for the readers. If you have to have a happy ending, you’ll skip through the pages and get what you need.

This book is part of my Epic Love Story Series, but each book is a standalone and can be read in any order.